This Game is an exciting rock/pop outfit playing a repertoire of crowd favourites designed to get your crowd moving.

Each member of This Game has an extensive background in live music performance in their own right, but together they create a chemistry that just simply works!

With a fun and unpretentious approach, This Game is a three piece band that projects a big sound and infectious energy making them the perfect choice for small to medium sized private and corporate functions. 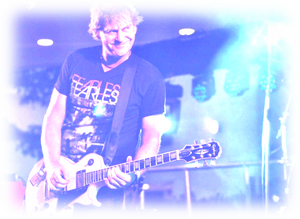 Craig has been a familiar part of the WA music scene for many years, regularly switching between both the covers and originals scene. He has racked up an impressive number of performance hours and accolades. In the early years, he played with 80’s pub rock outfit The Hurricanes, regularly playing to huge crowds alongside acts like The Frames, V Capri and Innocent Bystanders.

After focussing on his songwriting and recording in the early 90’s, he soon released a number of CD’s of original music which led to impressive support slots for acts such as Bryan Adams, Savage Garden, The Black Sorrows and Mark Seymour.

In recent times Craig has resurrected his original music by forming the musical project 46 Brigade, which has seen him performing at Telethon, Bridgetown Blues Festival and also as pre match stadium entertainment at Subiaco Oval for the Fremantle Dockers. He also frequently flys solo on acoustic guitar and vocals at pubs and corporate functions throughout WA. 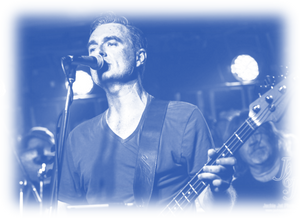 By any measure, Duncan's experience as a professional musician is extensive. He began playing in Perth in the early 90’s with popular cover band Great Australian Bite before moving to Sydney to further hone his craft. As a member of the highly regarded original band The Unloved, Duncan spent many a weekend playing at the iconic Kings Cross venue Springfields and toured the East Coast of Australia with high profile bands such as Choirboys, Powderfinger, Spy v’s Spy and The Radiators.

After returning to Perth, Duncan became a founding member of three-piece rock/pop outfit CatSoup who lifted the roof off the Stamford Arms in Scarborough for two and a half years. A highlight for CatSoup was performing at the welcome home party for WA athletes following the Sydney Olympic Games. Duncan later joined Wax playing to full houses every Saturday night at the Paramount nightclub in Northbridge.

Duncan’s bass playing skills have been called upon by many well known artists including James Blundell and as part of an all star lineup that included Mark Gable (Choirboys), Bob Spencer (The Angels), James Morley (The Angels) and Barton Price (Models).

Duncan is also a sought after solo acoustic artist having played everywhere from private backyard events to singing the national anthem at the Australian Golden Gloves tournament at Challenge Stadium. 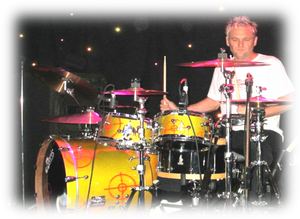 A veteran of the industry, Boris started his career as a professional drummer by recording and touring with a signed punk band in his home country Germany. At age 23 he realised his city wasn't big enough for him so he followed his passion by moving to Hollywood, playing at world famous clubs such as The Roxbury, The Troubadour, The Roxy and The Whisky A Go Go.

It was drums again that made him move to Australia to manage a globally iconic drum manufacturer. In true rock star fashion his first gig in Perth was with the opening act for Deep Purple at the then Burswood Dome.

He has since worked with local artists and bands such as Ian Kenny, Matt Taylor’s Chain, Cyberia, Zero, HUGE , the Gunshy Romeos and most recently Almost Famous , playing popular venues such as The Breakwater, The Windsor, The Shed, Crown Perth, The Elephant & Wheelbarrow , Mustang Bar and countless corporate functions just to name a few.

If you want flair and spunk Boris is your man…. and that’s just his shoe collection.